How’s the New Year’s Resolution coming along? Are you sticking to the goal you made on January 1st? It can be difficult to form new habits but I have good news – it’s not too late to stick to your guns and succeed with your 2017 resolutions!

Many people believe that it takes 21 days to form a habit. This is thanks to Maxwell Maltz, a plastic surgeon who introduced the idea. 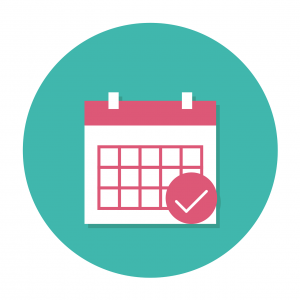 If you look to your calendar you’ll notice we’re now well past 21 days into January and according to Mr. Maltz your habit should already be formed.

Well you’re in luck – that theory is not true!

You still have time to form habits this year!

According to a study conducted by Phillippa Lally at the University of London, it takes approximately 66 days before new behaviour becomes automatic.

But even then, this greatly varies for most people. Based on the study it can take anywhere from 18 days to 254 days to form a new habit. They also found that not participating in the habit for a day did not affect the habit formation process.

So don’t worry, just because you haven’t perfected your new habit and succeeded with your resolution doesn’t mean there isn’t time – you still have all of 2017!

Below are a 5 tips from Life Hack that we think will help you succeed in forming your new habits:

Start Simple – Don’t try to completely change your life in one day. It is easy to get over-motivated and take on too much. If you wanted to study two hours a day, first make the habit to go for thirty minutes and build on that.

Get a Buddy – Find someone who will go along with you and keep you motivated if you feel like quitting.

Form a Trigger – A trigger is a ritual you use right before executing your habit. If you wanted to wake up earlier, this could mean waking up in exactly the same way each morning. If you wanted to quit smoking you could practice snapping your fingers each time you felt the urge to pick up a cigarette.

Replace Lost Needs – If you are giving up something in your habit, make sure you are adequately replacing any needs you’ve lost. If watching television gave you a way to relax, you could take up meditation or reading as a way to replace that same need.

Remove Temptation – Restructure your environment so it won’t tempt you in the first thirty days. Remove junk food from your house, cancel your cable subscription, throw out the cigarettes so you won’t need to struggle with willpower later.

Don’t give up hope for your 2017 resolutions!

With the passage of time and the tricks above we believe you can succeed and form the habits you want to this year!